Project Minesweeper Utopia was an attempt to create a perfect Minesweeper program. Eduardo Cros was inspired to start the project 15 Sep 2002 after several players used UPK and discovery of Board Cycles to set illegal records. The Project died early in 2003 when several new Minesweeper clones were created elsewhere. 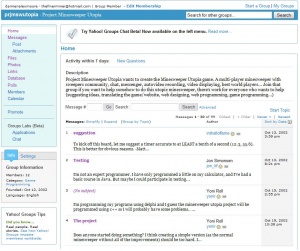 Eduardo explained his desire for a perfect clone 15 Sep 2002 in Minesweeper Addicts:

12 Oct 2002 he created a Yahoo Group for the project, abbreviated prjmswutopia. Writing in Addicts later that day he announced:

The project experienced an intital rush of activity. Sorin and Yoni exchanged progamming ideas, as they had already developed the Recorder and the Minesweeper Reader. Ante had several ideas for the seed, previously having written Minesweeper 2000. Jon and Matt submitted various suggestions for the project. The plan was to allow automatic score submission to a website with a world ranking and an Active Ranking, and to create a multiplayer version. The frenetic pace of the project continued over two months and a protoype named 'Sweeper.exe' was developed. However, it soon became clear that project members lacked time to properly develop the new version. For example, Eduardo could only program weekends while finishing his Math thesis and Yoni retired from sweeping.

In the meantime, Stefen Pettersson announced in Addicts that he had met the objectives of the group by creating Global Mines. Tex Bungalow created Minesweeper League and Curtis Bright announced the creation of Minesweeper X. By March 2003 it was clear the Project was finished. 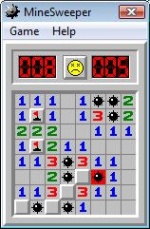 You can download all minesweeper posts, pictures and files from Project Minesweeper Utopia in a ZIP file.