Robert Donner and Curt Johnson are credited by Microsoft as the authors of Windows Minesweeper.

Minesweeper was programmed by Robert Donner, who started work at Microsoft in May, 1989. Originally from Winnipeg, Canada, he already had a Masters degree in Computer Science and had written ‘Clue: Master Detective’ and ‘Risk’ in Assembly language for the Apple II.

Donner also wrote TicTactics for the first WEP release. This was an adaptation from the board game version, released in 1985 by Innovention. Noticeably, both earlier programs by Donner for the Apple II were board game adaptations and sold by Leisure Genius, a defunct Mastertronic subsidiary specialising in board game conversions.

[P] Programmer only. Used for games ported from other formats or when

I was hired in May, 1989 to work on Word for Windows. So, I moved to Redmond, learned C, fixed many bugs, and added several features to WinWord 1.0. After a few months I decided to write a simple game, from scratch, mainly to have some fun and learn more about programming for Windows.

Left Microsoft in 2004 but was working there again at least by 2011. His wife has also worked there. 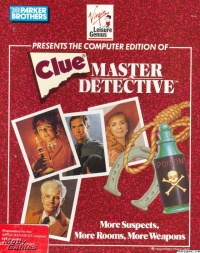 Robert Donner and Gary Gourliuk hired themselves as Casablanca Software Inc and programmed two games for the Apple II for Leisure Genius, which was the trading name of a UK company called Winchester Holdings Ltd which by this time was a subsidiary of Virgin Games (also a UK company). In the UK the game is known as Cluedo. 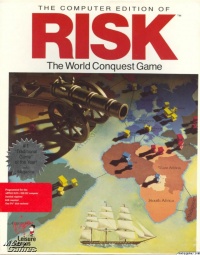